Wire side of female terminals. 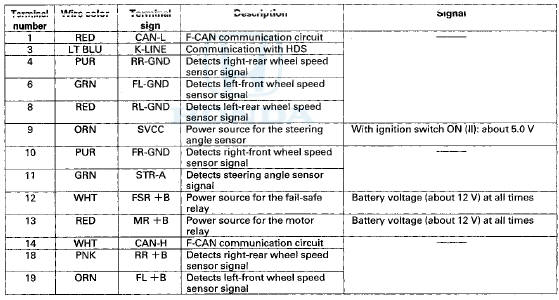 This system i s composed of the VSA modulator-control unit the wheel speed sensors, the steering angle sensor, the yaw rate-lateral acceleration sensor, and the system indicators in the gauge control module. The VSA modulator-control unit controls the ABS, EBD, TCS, VSA, and brake assist with the brake pressure of each wheel and reduces engine torque. 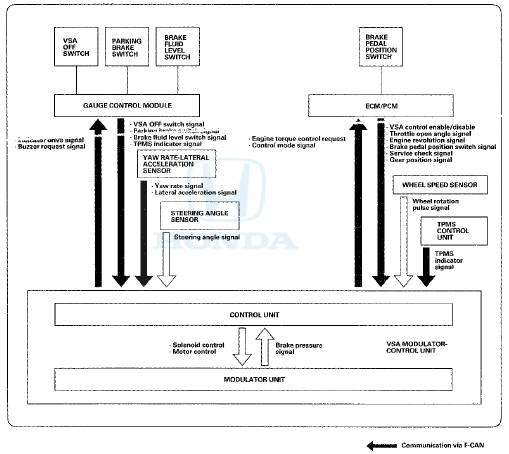 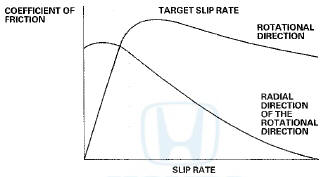 Applies the brakes to the front and rear outside wheels 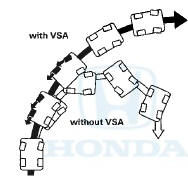 The brake makes the yaw rate opposite to the turning direction

- Applies the brakes to the front and rear inside wheels

- Controls the engine torque when accelerating

The brake increases the yaw rate toward the turning direction

Brake assist helps ensure that any driver can achieve the full braking potential of the vehicle by increasing brake system pressure in a panic situation, bringing the vehicle into a full ABS stop. 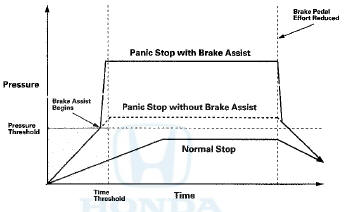 Pressure intensifying mode (VSA) is a combination of the TCS, VSA, and brake assist action.

The hydraulic circuit is an independent four channel type, one channel for each wheel. 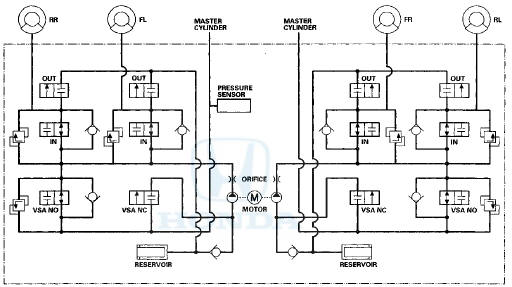 *The motor will keep running until the operation of the anti-lock brake control is finished with the first pressure reducing mode.

When the vehicle has one of these symptoms, check for VSA diagnostic trouble codes (DTCs) with the HDS. If there are no DTCs, do the diagnostic procedure for the symptom, in the sequence listed, ...

Navigation Display Unit Removal/Installation
1 Remove the audio unit (see page 23-114), then remove the center display visor (see page 20-171). 2. Remove the screws and bolts (A), then pull out the navigation display unit (B). 3. Install ...